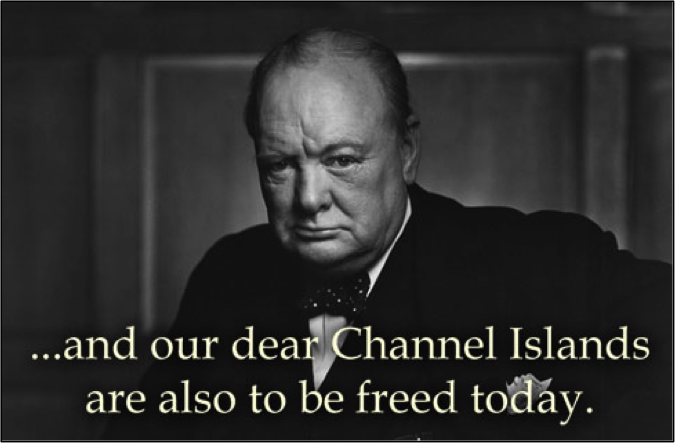 Soon our communities will celebrate the 70th Anniversary of the Liberation of the Channel Islands from German Occupation.

I have been reflecting on the responsibility our former co-operative colleagues shouldered during that terrible period in our history.

The Jersey Co-operative Society, as it was then, was still a small business.

However our ‘new’ store at Charing Cross had just been completely extended and refurbished, and slow and steady growth looked realistic. Whilst our grocery shop was modern for it’s time, food retailing was a very different business to that which you see now. 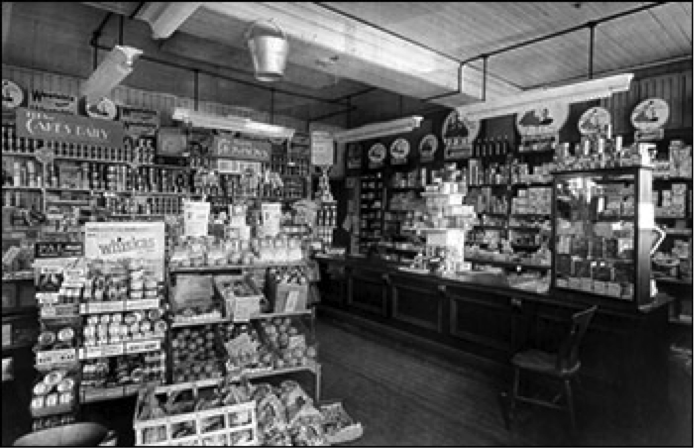 Self service wasn’t introduced until the 1950’s so our members had to queue at counters and, at the time war broke out, were offered a choice of around 1,500 different products. Not the 10,000 we choose from today! Many of the most popular staples arrived in bulk sacks or crates and were cut or measured by our staff. Bacon hung from the ceiling, ‘curing’.

And then war broke out… In June 1940, the basement at Charing Cross was hurriedly converted into a makeshift bomb shelter and the store windows were covered with blast protection as the German Bombers raided St Helier. 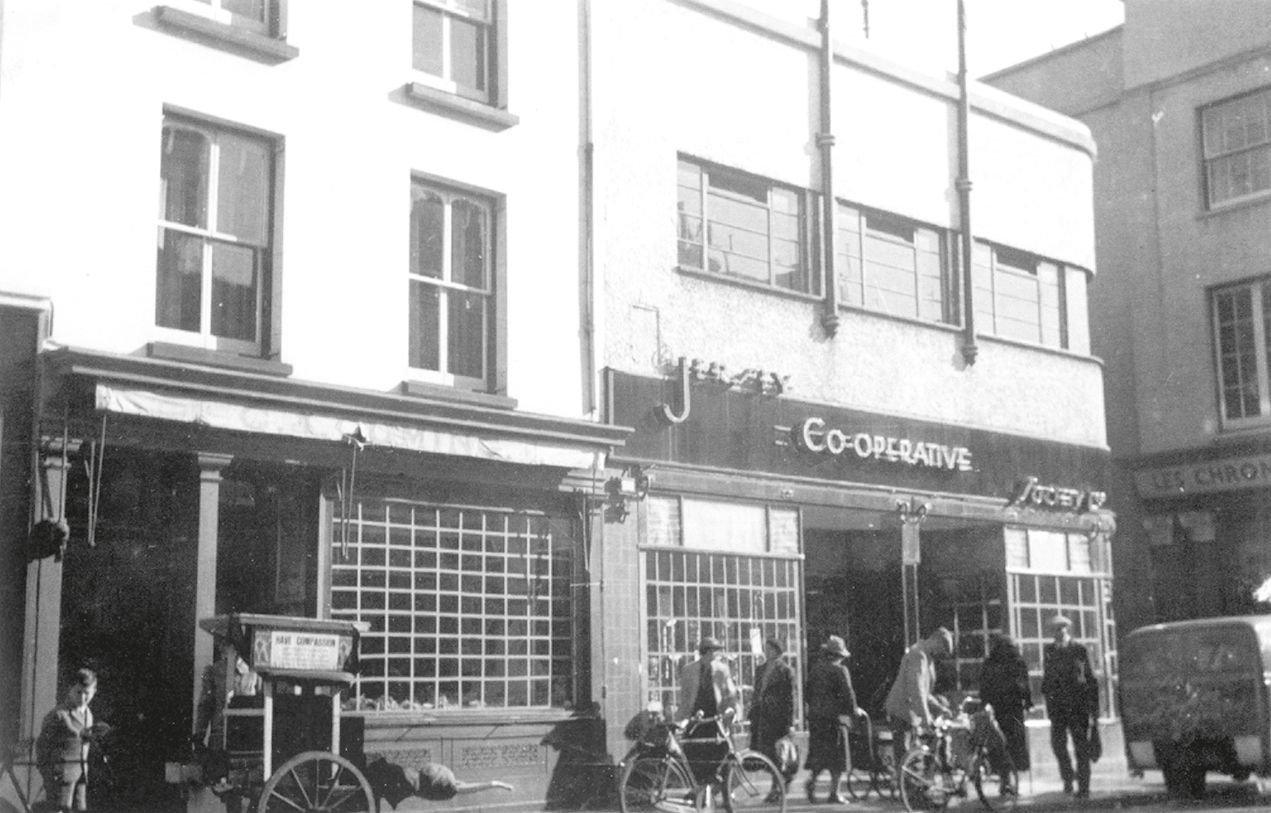 As we know, the occupation quickly followed. Those early months saw a number of Society colleagues evacuated, along with approximately 6,600 Islanders but, as industry had in many cases simply shutdown, we quickly bolstered our team.

Rationing was introduced in October 1940 and Islanders stood patiently in line for their salt, oatmeal, meagre portions of meat, and bread - until flour ran out. 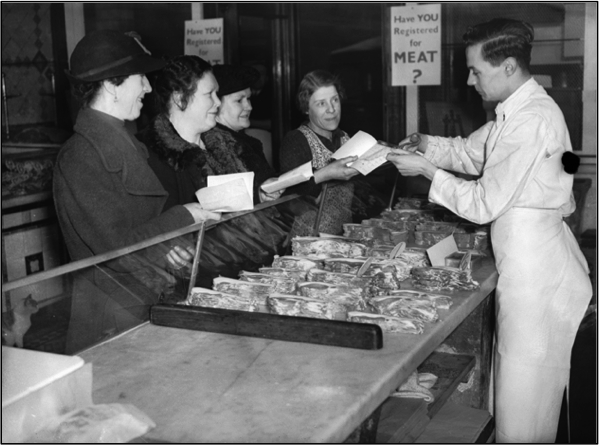 Our first major trading challenge was when our Don Street Bakery was requisitioned by the Germans to feed their troops. Despite this, we had to fulfil bread contracts with the hospitals, prison and the Little Sisters of the Poor. After lengthy negotiations we were granted a petrol allowance for one van.

Lightweight trailers, made out of plywood and light motorcycle wheels were hurriedly constructed by Underhills, the coach-builders in Victoria Street, so Parish deliveries could be made by bicycle.

These trailers were an example of the initiative shown by our Jersey Society to always serve the customer, while coping with the severe restrictions in the course of normal business.

Once their tyres were worn away, either rope or old hosepipe was used as a makeshift replacement. 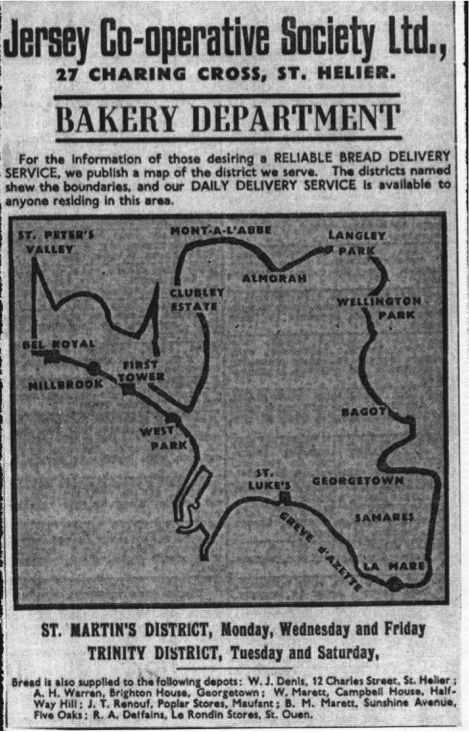 By now, our colleagues had adapted to accepting “marks and pfennigs”, which had replaced pounds, shillings and pence and, due to acute food shortages, we were forced to restrict our opening hours to 10.00-12.30 and 2.00-4.00, Monday to Saturday.

Many of our colleagues had seen their families and loved ones displaced as a consequence of war so, despite the hardships, our Society would encourage social gatherings. Occasionally, we would hire or borrow a horse and van from Pitchers’ stables in Kensington Place to take staff on a Sunday outing to the closest beach open for swimming to give them a break from the difficult routine. During the winter months there were evenings out dancing, followed by a frantic rush to ensure everyone got home before curfew.

The Occupation was a dark period in our Island’s history; for islanders, the future must have seemed hopeless. And yet, through these seemingly small actions, they made a bold statement: we have retained our hope, and we will live a life of dignity.

And so when the long-awaited Liberation came, I know that many Society staff would have been cheering in front of the Pomme D’Or on 9th May 1945.

Playing their full part in our battered and torn yet defiant community.

Coming together to celebrate freedom. 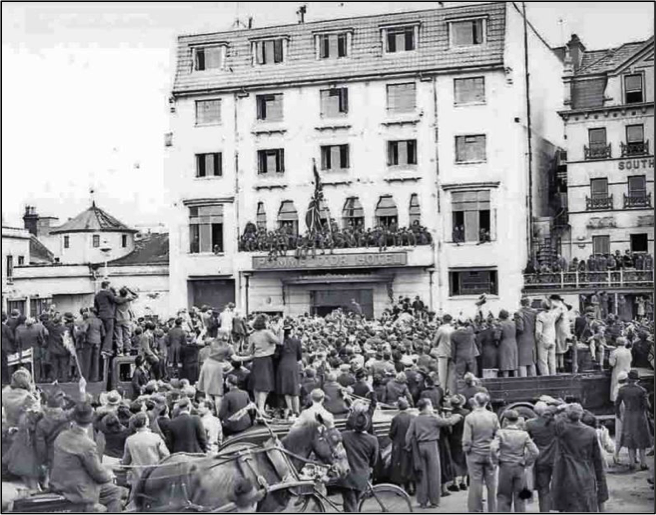 Although the Guernsey Society wasn’t formed until 1947, we are certain that those very difficult years played a significant role in the idea being formed.

The co-operative model was the perfect response to the inequality of war; a community ethos that, half a century later, resonates still.