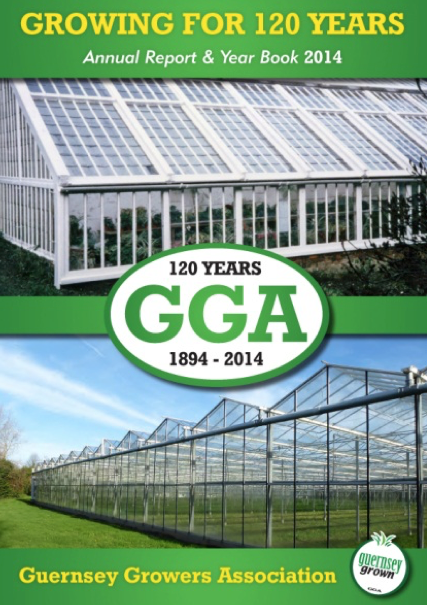 The final Annual Report of the Guernsey Growers’ Association (GGA) has just been published. I really enjoyed working with the GGA team back when The Society was instrumental in pulling together the ‘Guernsey Grown’ initiative, which has flourished since we launched it about seven years ago.

Reading through the report, it’s clear the GGA will be remembered in history as the body that represented the Island’s growing industry when it was booming. There is no better example of that than the story of the Guernsey Tom.

Native to South America, the Tomato is thought to have been introduced to our Channel Island greenhouses in the 1500’s as nothing more than a decorative plant. It wasn’t until medical researchers proved in 1864 that the tomato was, in fact, edible and packed full of goodness that Guernsey growers responded and began exporting the following year.

Guernsey’s climate proved to provide ideal growing conditions for the plant and so the vineries once used for grape growing were converted to tomato glasshouses and the industry started to flourish. There were a few hiccups along the way though; soil-borne diseases plagued the plants causing them to wilt and die. So, after many methods were put to the test, a clever grower by the name of Mr Poat discovered that steaming the soil killed the disease and the plants thrived in sterilised soil… something he discovered by baking soil in his mother’s oven! And so annual soil steaming became part of Island life. 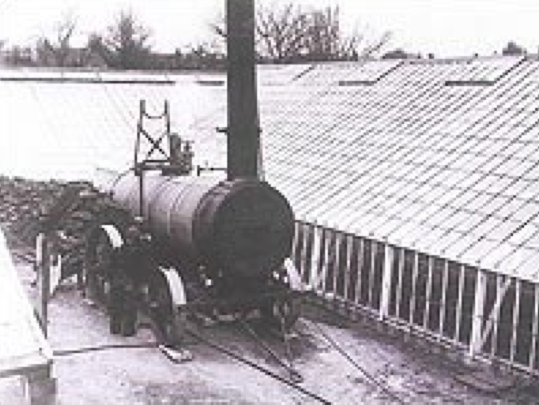 Each year teams of men and the Tomato Steam Boiler would travel from vinery to vinery to sterilise the soil. The methods have changed over the years but, even now, the soil is steamed.

By the 60’s over 1000 acres of glasshouses were erected on the Island and dedicated to what is affectionately known as the “Guernsey Tom”. The 70’s saw over 9 million trays of handpicked (yes, handpicked) tomatoes being packed up and shipped off. During peak periods special tomato trains were laid on at Southampton and Weymouth to cope with volume. 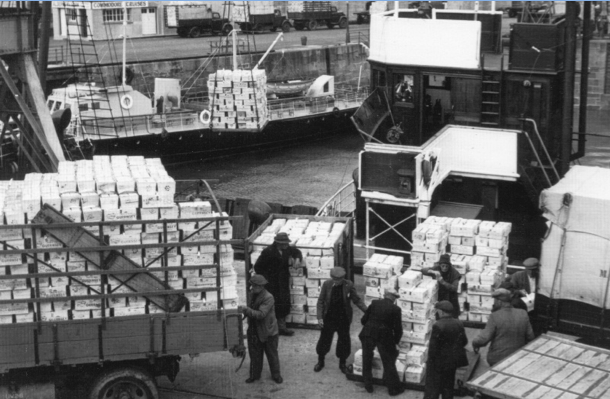 Tomatoes in chip baskets being loaded onto the mailboat in 1961

In 1894 a large number of the leading growers got together and formed a body which they called “The Guernsey Growers Association”, with the goal of watching over and protecting, in every manner, the interests of all growers. They helped growers to market their produce, negotiate fuel prices, transport services, bulb agreements, wages and more.

The “Guernsey Grown” scheme was launched in 2008 to promote the sale of local products at local outlets. As you know, your Society is committed to selling local produce whenever possible and, having been instrumental in the creation of the Guernsey Grown scheme, has remained a fervent supporter of it ever since. GGA’s involvement with your Society has meant that we have been able to support and encourage Guernsey growers, generating a resurgence of interest in buying good quality, locally produced food. 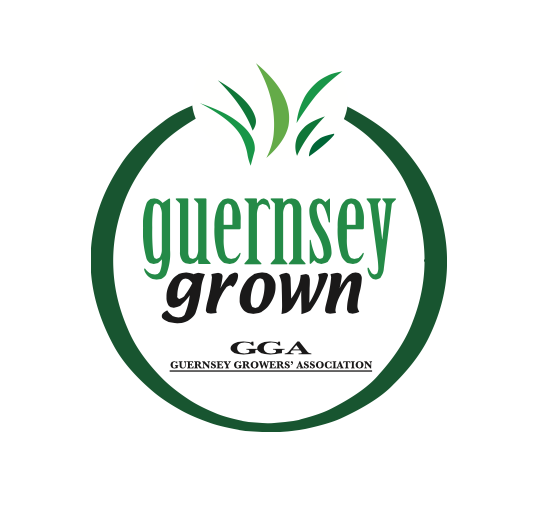 So it was a sad day for me in June last year when Alan Dorey, President of the GGA, announced in what was the year of their 120thAnniversary that the GGA would close their doors due to lack of funding.

The horticultural industry has diminished over the years after being hit first by a fuel crisis in 1979, followed by excessive bank rates in the 1980’s. Increased transport costs and foreign competition have also had an effect.

At the height of the horticultural industry there were approximately 2000 registered growers in comparison to the estimated 50 growers today, so it is essential that we - you, me, your Society - stand together in support and buy locally. We must ensure that we do not lose any more of our precious growers in either Island, or allow the “Guernsey Tom” - once the mainstay of the Islands economy and renowned throughout Europe for its unique flavour and quality - to become a thing of the past.

The Industry will now be supported by The Confederation of Guernsey Industry (CGi). We wish them well.

A few facts about tomato’s: