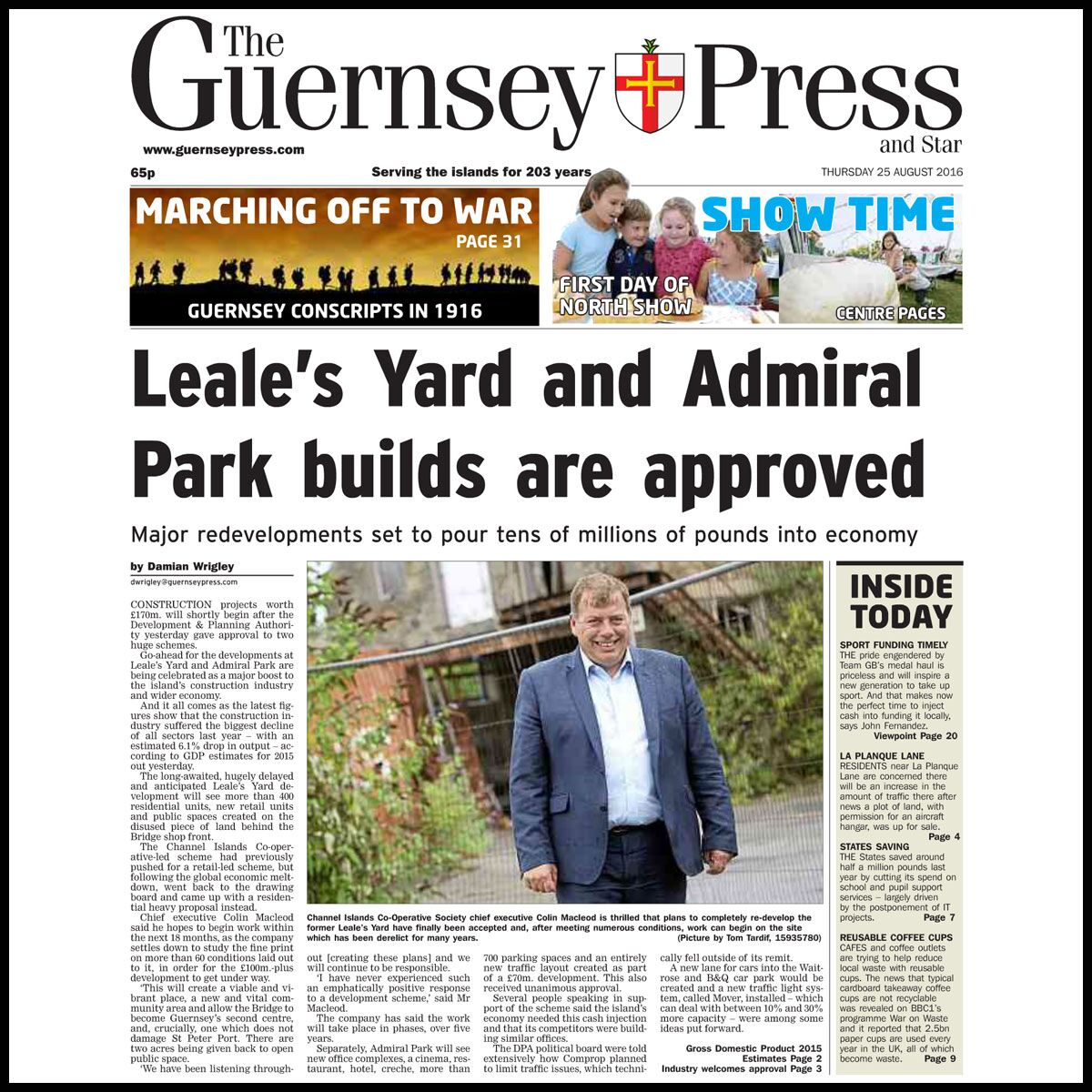 I’m absolutely delighted that the Society has been granted full planning approval for our plans to regenerate Leale’s Yard. After a long and complicated journey, this was a big moment for us – and for Guernsey.

As chief executive of the Society, Leale’s Yard has featured often and prominently on my weekly “to do” list. While it’s certainly not been easy to get to this point, I share the optimism of many islanders that the future now looks brighter: not only for the site but for the Bridge and Guernsey as a whole.

As I’ve explored in parts 1, 2, and 3 of this series of blogs on Leale’s Yard, our vision is to totally regenerate this important area by creating eight commercial units and 109 studio, one, two and three bedroom apartments. We have also been given outline permission for a further 303 residential units.

Being so involved in the community, we know that discussions around planning are a big talking point in the Channel Islands, and Leale’s Yard has certainly been no exception. Given the scale of Leale’s Yard, the history, the proximity to neighbours and emotion connected with The Bridge, we knew it was vital to get the plans right.

While there has been a lot of positivity around the plans - and I want to thank everyone who engaged so productively with us, especially in the open planning meetings - I’m concerned that some of the negativity surrounding development may end up portraying Guernsey badly to those who are looking to invest in some part of island life. This certainly wouldn’t do any justice to the open and constructive Guernsey which I experienced throughout the planning process.

For an application the size of Leale’s Yard to take less than six months from submission to approval says something emphatic about Guernsey: there is commitment to unlock opportunities here.

As an applicant, I had real confidence in the advice we were being given and that the time and money that we invested into the plans would be worth it. I want to publicly thank the Planning Department for their proactive and engaged approach over what has been an intensive few months – I’m sure other jurisdictions could learn something from them.

Of course the hard work doesn’t stop here. We still have a long road ahead of us. But knowing that this work is definitely moving us closer to our goal is a huge step forwards for all of us. Knowing that we have access to such high calibre people within Planning will certainly help us.